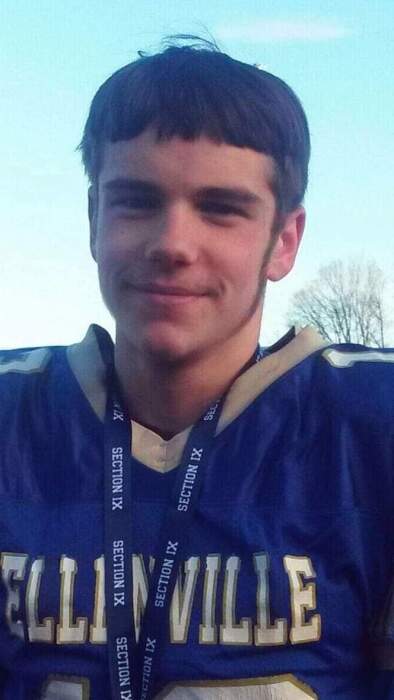 Aleksander Robert Rzemieniecki, of Ellenville, NY tragically passed away in a car accident on Friday, June 26, 2020. He was 16 years old. Alek was born on August 2, 2003 in Kingston, NY; he was the son of Robert and Nora (Johnson) Rzemieniecki.

Alek attended Ellenville High School where he just finished his junior year. He was an aspiring artist and was known as “Tybalek” in the music industry. His passion was writing and recording his own Hip Hop lyrics and performing in front of his peers. Alek was an all-around athlete. Starting at a young age he played baseball with the Ellenville Little League, the Rondout Valley Babe Ruth League, the Iceman Traveling Team and the Blue Devils where he was the star pitcher. Alek played football with the Blue Devils and helped lead his team to win the 2019 Section IX Football Eight Man Championship. Alek played Basketball his Sophomore year and worked out at Manny’s learning the sport of boxing. He was involved with School Drama Club and was an actor in several of their productions. He also assisted behind the scenes. Alek was a member of the Boy Scouts Troop 28 having earned the rank of Life Scout and volunteered as Counselor for Camp Tri-Mount.

Alek’s zest for life will forever be remembered by his parents, Nora and Rob; his brothers, Stephen Lopez, Krystian Rzemieniecki and Roman Rzemieniecki; his grandparents, Charles and Doreen Johnson and Bronislawa and Jan Rzemieniecki, as well as many aunts, uncles, cousins and friends.

Visiting will be held privately for family on Sunday, July 5th at Loucks Funeral Home, 79 N. Main St., Ellenville. A Mass will be celebrated at 10:00 am on Monday, July 6th on the High School Football Field. Burial will follow at Fantinekill Cemetery. In the interest of public safety, everyone must wear a face covering and follow social distancing guidelines.

In lieu of flowers contributions can be made directly to gofundme.com/f/21wche0mxc organized by Mya Zuckrow for a scholarship to be started in Alek’s memory.

To order memorial trees or send flowers to the family in memory of Aleksander Robert Rzemieniecki, please visit our flower store.