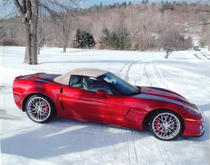 Arthur George Kelly of Ellenville, NY passed away on Wednesday, June 5, 2014. He was 60 years old.

Born in Middletown, NY on March 30, 1954; he was the son of the late Benjamin and Alberta (Krull) Kelly.

Arthur was predeceased by his brother Michael Kelly

Special thanks to Dr. Dinsmore, unmatched by any in his care and devotion to his patients and their families. Thanks also to Dr. Dinsmore’s staff as well as Dr. Eanelli and his staff for their care and services.

To order memorial trees or send flowers to the family in memory of Arthur G Kelly, please visit our flower store.