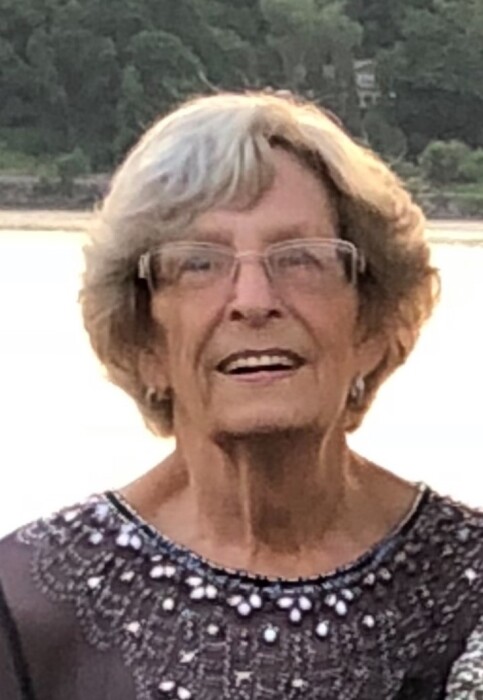 Barbara Jean Carlson Wells of Ulster Heights, NY, passed away peacefully on Sunday, March 14, 2021 surrounded by her loving family. She was 75 years old. Barbara was born on January 20, 1946 in Kingston, NY; she was the daughter of the late Alvin A. and Shirley (Palen) Carlson.

Barbara had worked for Ellenville National Bank for 25 years holding several positions until her retirement in 2005. She was a faithful member of the Ulster Heights United Methodist Church where she was actively involved with the food pantry and the souper day luncheons. Barbara was a member of the Shawangunk Garden Club, she was the former secretary of the Ulster Heights Rod and Gun Club and she volunteered as an election inspector. Barbara was an avid reader, murder mystery’s being her favorite. She enjoyed baking cakes for various organizations events and helping anyone in need. In her younger years she enjoyed bowling and ceramics.

Barbara’s greatest joy in life were her grandchildren and great-grandchildren. They all held a special place in her heart.

She will be deeply missed by her loving husband of 56 years, Harold William “Bill” Wells; their sons, Charlie and his wife Wendy of Delhi, NY and Robert and his wife Susan of Ulster Heights; grandchildren, Megan and her husband Ben, Krystina, Kim and her partner Dale, Tom and his partner Emily, Brittany and her husband Darren, Benjaman and Corey; great-grandchildren, Jesse, Amanda, Charlotte, Oliver, Jack, Liam, Owen and Harrison; her brother, Alvin C. Carlson and his wife Virginia and sister-in-law, Sally Yonker all of Ulster Heights; her nephew, Donnie Martini and wife Dawn of Napanoch as well as several other nieces and nephews.

In addition to her parents, Barbara was predeceased by her sister, Shirley; niece, Peggy and brother-in-law, Ed Yonker.

Visiting will be held on Thursday, March 18th from 4-7 pm at Loucks Funeral Home, 79 N Main St., Ellenville. A graveside service is scheduled for 12:00 noon on Friday, March 19th at the Ulster Heights Cemetery.

In Lieu of flowers contributions may be made in Barbara’s name to the Ulster Heights United Methodist Church Food Pantry.

To order memorial trees or send flowers to the family in memory of Barbara Jean Carlson Wells, please visit our flower store.