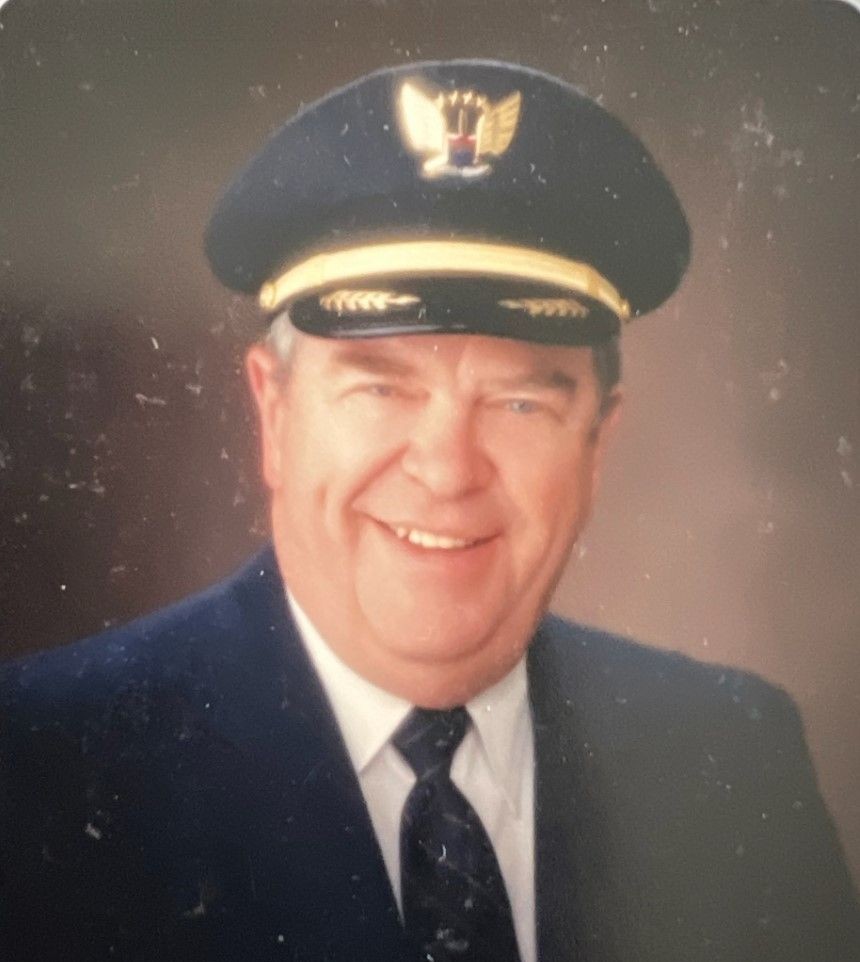 As pilots say, long-time Ellenville area resident Carl Carlsen “flew west” on January 30, 2022.  His loving wife of 69 years, Barbara, was by his side at their home in Bothell, Washington for his final departure .  In August 2021, Carl celebrated his 90th birthday with Barbara and the families of their 3 children, 5 grandchildren, and his great-granddaughter who shares the same birthday.  Carl’s passion and dream as a poor farm boy growing up in Grahamsville and Montela during the depression and war years was to fly.  He fulfilled that dream when he flew his first solo flight in1957 at Wurtsboro Airport on the same day his daughter Bev was born at the Ellenville Hospital.  34 years later, his flying protege son Neil (Delta) rode in the cockpit on Captain Carlsen's retirement flight, completing a 27 year career with United Airlines.  As his eldest son Scott says, “He was our pilot.”

Carl had a lifelong presence in the Ellenville-Grahamsville area.  Born at the Ellenville Hospital, Carl spent his early years on the family farm in Montela.   In 1939, construction of the Roundout Reservoir forced the family to relocate the farm to South Hill in Grahamsville.  After graduating from Ellenville High School in 1948, Carl was employed at the First National Bank in Ellenville before assuming ownership what became The Carlsen Insurance Agency at 77 N. Main Street.   The "flying bug" got the best of Carl, spending afternoons and weekends building flying time at Wurtsboro Airport towing gliders, flight instructing, and flying his own airplanes.  After being hired by United Airlines in 1966, Carl sold the insurance business in 1967.  In 1968, he moved his family to New Jersey and later Washingtonville, NY for easier commutes to New York City airports.  Carl and Barbara moved to Southern California in 1979 before retiring to the Seattle area in 1991.

Until recently, Carl continued to spend time with friends and family in the Ellenville area.  The family owed a cabin aka “camp” at Cape Pond for 50 years, reluctantly selling it in 2017. Spending summers at camp allowed Carl to participate and help organize several Class of ’48 reunions.  In the 1980s, Carl and his brother Frank purchased the family farm on South Hill from their father, Carl Thorvald Carlsen,  which enabled their dad to comfortably stay on the farm in his retirement years.  Carl’s spirit lives on in Ellenville as his son Scott, retired Superintendent of the Ulster Correctional Facility, resides on Maple Avenue with his wife Jun.

“ To fly west, my friend, is a flight we must all take for a final check.”

To order memorial trees or send flowers to the family in memory of Carl C. Carlsen, please visit our flower store.