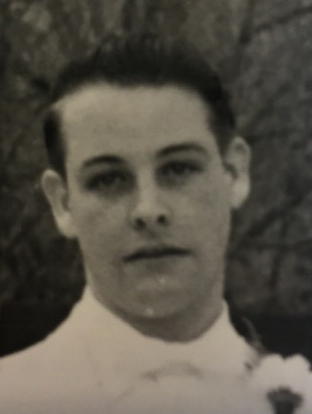 Carl was a life member of the Napanoch Fire Company. He was a retired Correction Officer from the Eastern Correctional Facility. He also worked as a groundskeeper for the Fantinekill Cemetery for many years. He is a veteran and served in the United States Navy from 1956-1960 aboard the USS DD 701 John W. Weeks.

He is predeceased by his loving wife Joan (Stedner) Porter and joined her in heaven on Valentine’s Day.

He is survived by his seven loving children; Carl Porter of Grahamsville, Doreen Porter of Ellenville, Charlotte and her husband Thomas Wright of Sundown, Karen Smith of Napanoch, Theresa and her husband Larry Rosselli of Napanoch, Darwin Porter of Napanoch, Christopher Porter and his wife Jennifer of Napanoch. He leaves behind nine grandchildren; Thomas (Amanda) and Tiffany (Casey) Wright, Courtney, Katelynn, and Terri Porter, Erin and Sabrena Smith, Joshua and Samantha Porter. Carl is also survived by his twin sister Claire Anderson of Virginia and his lifetime close friend Philip Vandermark.

Visiting will be held on Sunday, February 19th from 3-6 pm with a service beginning at 6pm at Loucks Funeral Home, 79 North Main St. Ellenville. Family and friends are invited to meet at the funeral home on Monday February 20th at 10:00am to process to Fantinekill Cemetery for burial with military honors.

To order memorial trees or send flowers to the family in memory of Carl H. Porter, please visit our flower store.