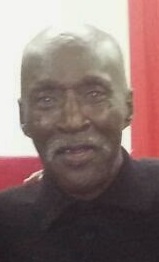 Born September 27, 1947 in Lane, South Carolina, to the late Janie Lee (Roundtree) and David Sabb, he attended Baptist Hill Elementary School in SC and High School in Lane, SC. David moved to Ellenville in 1969 and worked at Ellenville Handle Factory for many years. David loved being with his family and was never far from his sisters. He was always ready to laugh and enjoyed spending time with his friends.

David is survived by his son: Joseph Sabb and his wife Carla; three grandchildren: Katrice, Jordan and Jasmine; two great-grandchildren: Jaekub and Julian of Brandon, FL; his two beloved sisters: Minnie Simmrons and Rebecca Allen and her husband Calvine of Ellenville; nieces Pearl Holland, Charlene May and her husband Benedict, Connie Matthews, Janice Walker and Veronica Whitfield; a dear cousin Sally Robinson. He was the partner of the late Sandra Mack becoming the step-father of Raymond Jenkins, Michelle and Andre Mack. He later married the late Patricia Frink-Sabb becoming step-father to LaSheena, Glen and Lamont Frink.

He was predeceased by his brother, Morris Sabb and nephew,Henry Lee Sabb.

Visitation will be held on Friday, December 23, 2016 from 11a to 12p at New Testament Church of Jesus Christ, 39 Clinton Ave, Ellenville, NY 12428. Funeral service will follow at the church. Rev. Raymond Younger will officiate. Interment to follow at Fantinekill Cemetery.

To order memorial trees or send flowers to the family in memory of David "Teet" Sabb, please visit our flower store.