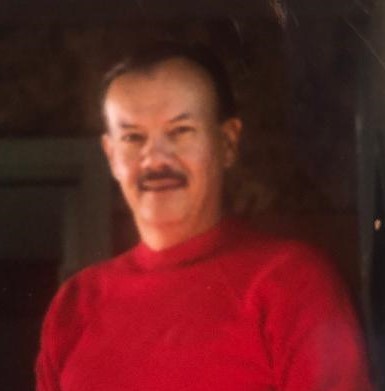 David William Tuttle of Napanoch, NY, passed away on Monday, November 4, 2019 at Westchester Medical Center. He was 78 years old. David was born November 19, 1940 in Englewood, NJ; he was the son of the late Arthur and Clara (Slater) Tuttle.

In addition to his parents, David was predeceased by his sisters, Delores Tuttle, Virginia Straut and Barbara Rose.

David is survived by his sister, Linda Flynn, his nephew, Robert Flynn, who was more like a son to him and several other nieces and nephews. He is also survived by his brother in law, James Rose. David also leaves behind many close friends whom he cherished.

David's career was spent working for Letchworth Village in Thiells, NY. It originated as an Occupational Therapist and eventually as the head print master for the NYS facility. Dave was also a very talented artist and that included painting beautiful scenery pictures and woodworking. Throughout the years he had many art exhibits showcasing his gift. One of his woodworking projects was building charming wishing wells that he displayed outside his home after they were built. One day George Carlin stopped by and said his wife had to have one and it still sits in their yard today, proudly displayed. He also loved and owned classic cars and was known as "Thunderbird Dave" to his car buddies. They frequently attended car shows on the weekends, which was one of his favorite pastimes. Dave built his own cabin near a creek in Livingston Manor years ago and that is where he is was most happy and serene. His love of nature was lifelong and stories from his childhood, playing outside with his sisters and friends were all wonderful. Each week he and his sister, Linda, took long drives into the countryside and always ended up with a memorable adventure. The last one was just a few days ago. The friendships he formed with so many in his lifetime were priceless and we will all miss Dave's sense of humor, laugh and smile.

Visiting will be held on Friday, November 8th from 3-6 p.m. with a celebration of his life immediately following at Loucks Funeral Home, 79 N. Main St., Ellenville.

In lieu of flowers please consider donating in David’s memory to the Ellenville First Aid Squad or Ellenville Regional Hospital.

To order memorial trees or send flowers to the family in memory of David W. Tuttle, please visit our flower store.