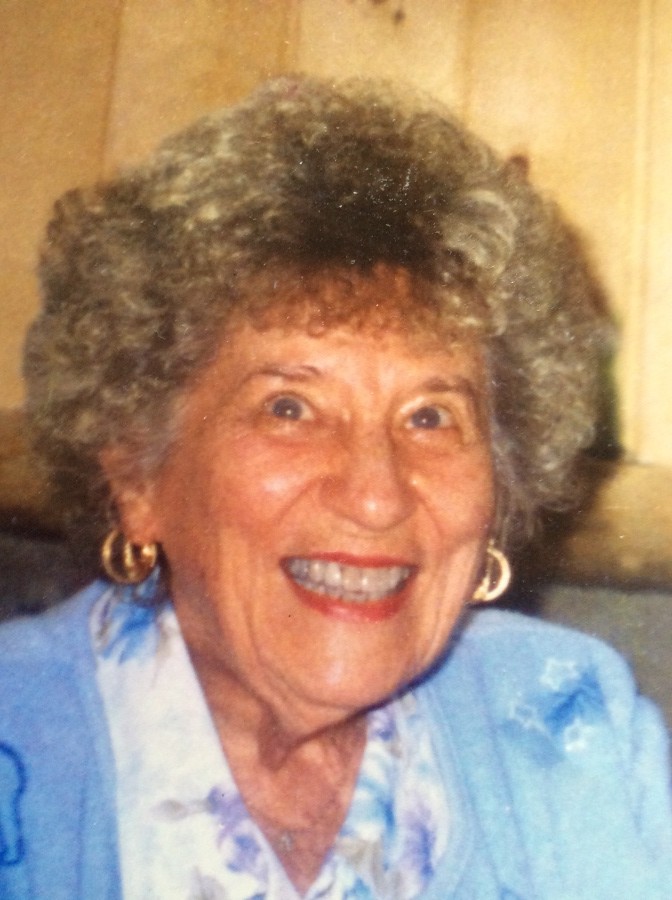 Dorothy graduated from the Hackensack Hospital Nursing Program and continued her career as the head nurse of the Preemie Nursery. She raised her family in Hasbrouck Heights and retired to the Catskills (Napanoch) in the 80’s. Her final years were spent at Country Arch Care Center in Pittstown, NJ. Dorothy loved her family, studying the bible, baking, knitting and babysitting.

Dorothy was predeceased by her husband Joseph of over 50 years and her brothers Howard and Herbert Rhode.

The family will be receiving friends on Thursday, January 26th from 11am - 1pm with a funeral service beginning at 1 pm at Loucks Funeral Home, 79 N. Main St., Ellenville, NY. Burial will follow at Grahamsville Rural Cemetery.

To order memorial trees or send flowers to the family in memory of Dorothy Romano, please visit our flower store.