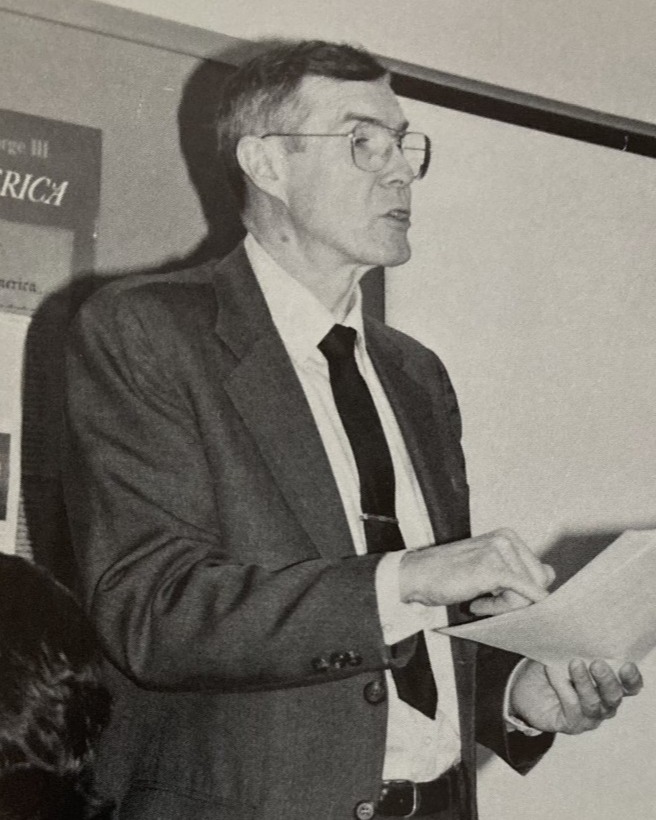 Edward Hart of Phillipsport, NY, passed away in the comfort of his home with family by his side on December 21, 2022. He was 95 years old. Edward was born on October 17, 1927 at the family home in Brooklyn, NY; he was the son of J. Harry Hart and Marian F. Hart (née Corcoran).

Edward lived in Brooklyn until he was about 5 years old when his widowed mother moved the family to Ellenville. He attended Ellenville High School graduating in 1945. After a year at Fordham College, he enlisted into the United States Army serving from 1946 as a Supply Clerk until his honorable discharge in 1948. After returning home, he continued his education at Fordham University where he earned a BA in History in 1950 and later an MA in Education in 1957.

Edward worked as a Social Studies Teacher and was Chair of Social Studies Department at Valley Central High School, Montgomery, NY for 33 years retiring in 1986.

He was a communicant of St. Joseph’s Church in Wurtsboro, NY.

In his down time Edward was a Historian and an accomplished Author of two books about Andrew Elliot, the last British Governor of New York in 1783. For many years he was a valued volunteer for the Ellenville Public Library and Museum Adult Literacy Program. He was also the keeper of family connections and knew the names and birthdates of all and participated in many special family occasions throughout the years.

A Mass of Christian Burial will be celebrated at 9:30 am on Friday, January 6th at St. Joseph’s Church, 180 Sullivan St., Wurtsboro, NY. A procession will leave the church immediately following Mass for a 1:00 pm arrival at Holy Cross Cemetery, Brooklyn where committal prayers will be offered, and military honors will be performed.

In lieu of flowers contributions may be made in Edward’s to the Summitville Fire Company, Ellenville Public Library and Museum, Phillipsport Community Center, or Hospice of Orange & Sullivan County.

Personal condolences can be left for Edward’s family by visiting www.loucksfh.com

To order memorial trees or send flowers to the family in memory of Edward Hart, please visit our flower store.