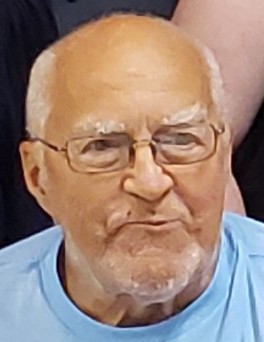 Ed was raised in Horton, NY and attended Roscoe High School. He later moved to Napanoch where he and his wife Linda M. Keogan Rood planted their roots and started a family. Ed was a lifetime member of the Napanoch Fire Department having served as past chief and assistant chief. He enjoyed hunting, camping and in his younger years fishing. Ed had worked for Channel Masters, Shamro Well Drilling and was a newspaper delivery man for the Times Herald Record before retiring to Davenport, FL where he lived for the last 16 years.

In addition to his wife Linda, whom he married on April 26, 1969, Ed is survived by their children, Douglas and his wife Evelyn Sanderson, Bonnie and her husband Avinash “Rick” Chander, John and his wife Mona Rood and Monica and her husband Steven Cottam, all of Napanoch; grandchildren, David, Amanda, Kayla, Megan, Samantha, Danielle, Andrew, Scott and Bradley; four great grandchildren as well as many nieces, nephews and cousins.

Ed was predeceased by his parents, his sister Betty Hutson and her husband Robert and his grandson Joseph Linscott.

Memorial visitation will be held on Sunday, October 11th at the Napanoch Fire House from 2-4pm.

In lieu of flowers contributions may be made in Ed’s name to the Napanoch Fire Department, P.O. Box 321, Napanoch, NY 12458, the American Heart Association (www.heart.org) and/or the National Kidney Foundation (www.kidney.org)

Arrangements are under the guidance of Loucks Funeral Home, 79. N. Main St., Ellenville.

To order memorial trees or send flowers to the family in memory of Edward F. Rood, please visit our flower store.