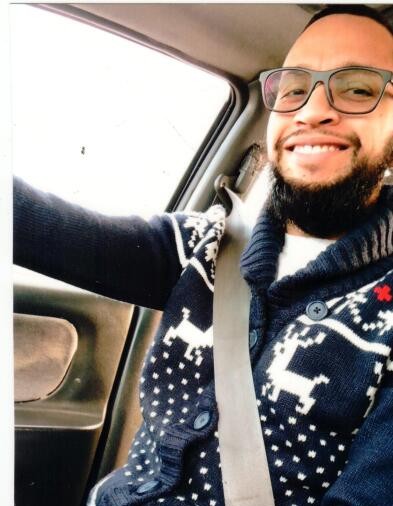 Evan Michael Martinez “Boot Leg”, of Ellenville, NY lost his long-time battle to diabetes and kidney failure on September 7, 2021. He was 39 years old. Evan was born on May 25, 1982 in Kingston, NY; he was the son of Edwin Martinez and the late Margarita Acevedo-Soto.

It’s no secret Evan loved to make people laugh. He could bring a room full of people to tears with his jokes and silly remarks. He loved going to the casino to play craps, poker and his favorite lucky numbers 9 and 11 on roulette. More so because some of the latest memories of him and his mother were there. Evan loved to eat. Tasty crab was his favorite spot for crab legs, Red Lobster for the biscuits, and Panera for his chicken noodle soup. Spanish music filled his car speakers, and he was a talented HVAC technician that could fix anything or find a solution to something with his eyes closed. Hence the nickname “Boot Leg.” In his healthier days Evan loved cycling. Most of all Evan’s greatest accomplishment was being Gabriela’s father.


In addition to his father Edwin and wife Betty; Evan is survived by his daughter the light of his life, his lifeline, Gabriela Martinez and her mother Jaclyn Martinez; his god daughter Carmen Diaz and her father, childhood friend Manny Diaz; brothers, Ernesto Rivera Soto, Eduard Rivera, Joel Soto and his wife Nicole and their son Noah; On his mother’s side aunts, Martha, Juanita, and Antonia Soto; uncle, Radames Soto and his grandfather, Sixto Soto. On his father’s side aunts, Angie Martínez and Nidya Castaño; uncle, Ricky Martinez. Pre deceased by aunt Alba Colon, and Uncles Charlie, Victor and Kookie Martínez.
(Many cousins and extended family)

Evan had a few people that were not his blood but were his family. In his last year of life Evan was able to come home and reconnect with his loved ones. Angela Pereira aka “Ma” as Evan referred to her, Caroline Cepeda aka “lil sis”; Brothers, best friends and partners in crime Carlos “Pooka” Pereira, Chris Negron, and Nicholas “Bonds” Diconcilio. His memory will forever live on through our stories.

“Daddy I will forever miss you.”


Memorial visitation will be held on Saturday, September 18th from 2:00 -4:00 pm with a celebration of his life beginning at 3:00 pm at Loucks Funeral Home.

In lieu of flowers contributions may be made in Evan’s name to American Diabetes Association, P.O. Box 7023 Merrifield, VA 22116-7023

To order memorial trees or send flowers to the family in memory of Evan "Boot Leg" Martinez, please visit our flower store.