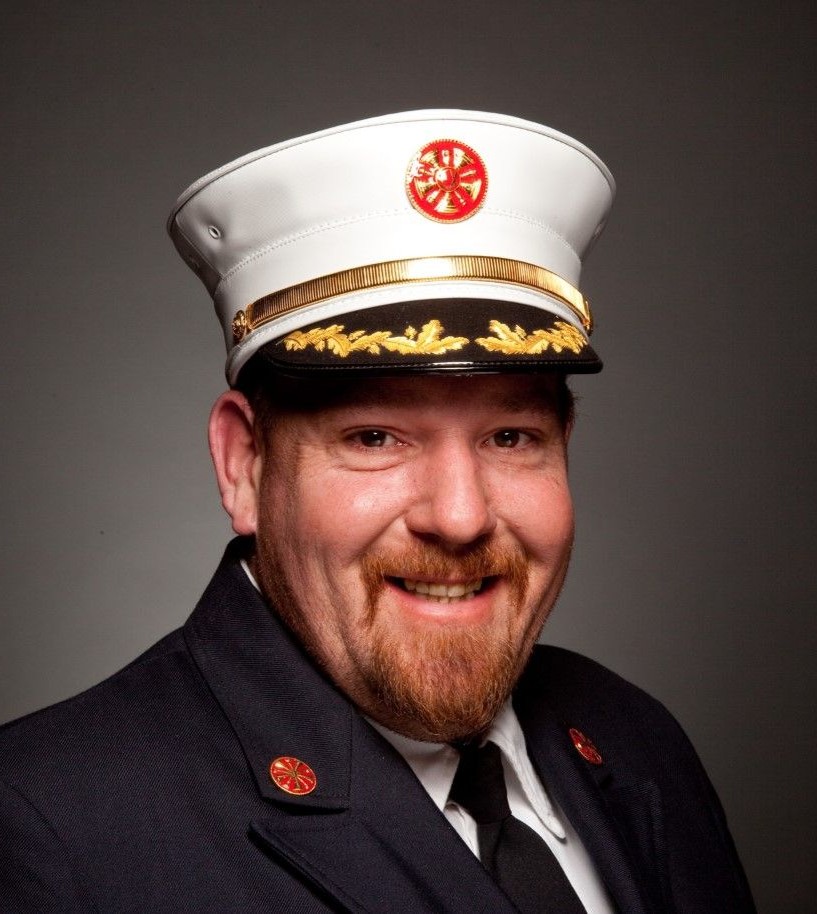 Franklin E. Doolittle, Jr. of Wurtsboro, NY passed away on Sunday, April 24, 2022 after a courageous battle with cancer. He was 48 years old. Franklin better known as “Frank” and “Moose” to his family and friends was born on September 26, 1973 in Middletown, NY; he was the son of the late Gail and Franklin E. Doolittle Sr.

Frank attended Ellenville High School and graduated with the “Class of 1991.”  He was employed as a truck driver for Saia LTL Freight in Montgomery, NY until he was no longer able to work. Frank dedicated his life to fire service and was a life member of the Summitville Fire Company #1 having joined in 1989. He worked his way up the ranks and was the chief from 2006 – 2007 and then again from 2011 – 2012. Frank also sat on the executive board holding the positions of Vice President in 2020 and President from 2015 until 2019. In his down time, he enjoyed welding, woodworking and making memories with family and friends.

Frank is survived by his wife Joanne H. (Pestone) Doolittle whom he married on January 8, 2000; his son, Thomas Haas and his wife Shannon; his daughter, Kristen Haas; his brother, Peter Doolittle and his wife Bonnie; his grandchildren, McKenzie Haas, Kayden Moore, Jackson Moore and Rory Haas as well as several nieces, nephews and his brothers and sisters of the Summitville Fire Co. #1.

In addition to his parents, Frank was predeceased by his brother, John Doolittle and his son-in-law, Timothy Moore.

A Celebration of Frank’s life will be held at 10:00 am on Saturday, May 7th at the Summitville Fire House, 3978 US Route 209, Wurtsboro, NY. Food and refreshments will follow the services.

In lieu of flowers contributions may be sent in Frank’s name to the Summitville Fire Co. #1, P.O. Box 296, Summitville, NY 12781 and/or the American Cancer Society.

To order memorial trees or send flowers to the family in memory of Franklin E. Doolittle, Jr., please visit our flower store.