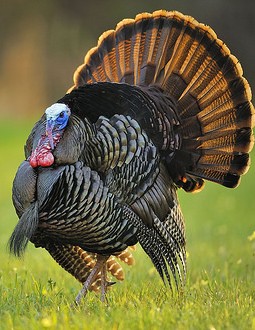 Herbert DeWitt Jr., of Napanoch, NY, passed away on Tuesday, January 14, 2020 in the comfort of his home. He was 90 years old. Herbert was born on May 28, 1929 in Ellenville, NY; he was the son of the late Herbert and Lavilla (Wheaton) DeWitt.
Mr. DeWitt was a veteran of the United States Army having earned the title of Corporal and was honorably discharged in 1953. He worked at the Woodbourne Correctional Facility for 27 years where he was a welder instructor. On December 30, 1978 he married Mona Oltzik DeWitt in Neversink. She has since predeceased him. Herbert was an avid outdoorsmen who enjoyed hunting and fishing. He was a master turkey caller and began making and selling his own “Turkey Trot Calls”. Herbert served on many boards including the Grahamsville Rod and Gun Club, the Sullivan County Federation of Sportsmen where he helped with coyote hunts and preparing dinner afterwards and also was awarded sportsmen of the year in 1991, an Honorary life member of the Sullivan County Archers where he helped put on demonstrations for children instilling his knowledge to the youth, he was a member of the West-of-Hudson Sporting Advisory Committee for the Catskill Watershed Corporation, he was the Past President of the Sullivan County Wild Turkey Federation, Past President of the Beaver Dam Club and belonged to the Fish and Wildlife Coalition of the Hudson Valley.

A Memorial service will be held at 1:00 pm on Tuesday, January 21st  at Loucks Funeral Home, 79 N. Main St., Ellenville. Inurnment with military honors will be held for close family and friends immediately following at the Sullivan County Veterans Cemetery.
In lieu of flowers contributions may be made in Herbert’s name to the Grahamsville Rod and Gun Club, P.O. Box 305, Grahamsville, NY 12740 or the Sullivan County Archers, 109 Flicker Trail Wurstboro, NY 12790.

To order memorial trees or send flowers to the family in memory of Herbert DeWitt Jr., please visit our flower store.