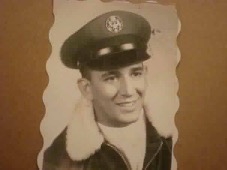 Humberto Gonzalez, of Ellenville, NY, passed away suddenly on Monday, November 16, 2015. He was 76 years old. Humberto was born in Columbia on July 22, 1939; he was the son of Octavio and Angelica (Miranda) Gonzalez.

Mr. Gonzalez proudly served in the United States Air Force as well as the United States Army. He attended Ulster Community College where he received an associate’s degree in education and later attended SUNY New Paltz. He had retired from the Department of Corrections having attained the rank of Sergeant. Humberto was a member of the Knights of Columbus, the American Legion and the Elks. He enjoyed fishing, gardening and kept himself busy by tinkering around his home and building birdhouses for the ones he loved.

Humberto was predeceased by his son Luis Fernando and his brothers John Octavio Gonzalez and Julio Cesar Gonzalez.

Visiting will be held on Thursday November 19th from 2-4 and 7-9 pm at Loucks Funeral Home, 79 N. Main St., Ellenville, NY. A Mass of Christian burial is scheduled for 10am on Friday, November 20th at St. Mary and St. Andrew’s Church, Ellenville. Cremation will be private.

In lieu of flowers contributions may be made to St. Jude Children’s Research Hospital.

To order memorial trees or send flowers to the family in memory of Humberto Gonzalez, please visit our flower store.