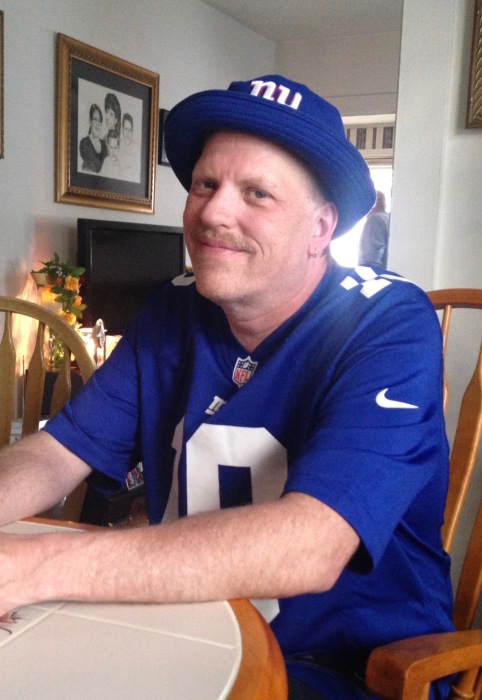 James Harold Wood, “Woodman”, “Jim-Jim”, age 52, of Napanoch, NY, passed away peacefully at Ellenville Regional Hospital, with his family and friends by his side on Thursday, June 28, 2018. He fought a long, hard, courageous battle with cancer for over 6 years.

Jim enjoyed several things in life. He was employed at Napa Auto Parts for several years, and before he became ill, he was a Home Health Aide. He loved the New York Giants, New York Yankees, Jeff Gordon #24, fishing, camping, car shows, shooting his rifles, driving his Jeep off road, hanging with the boys, and he truly loved his family and friends. Jim was extremely proud of his daughter, as she was the light of his life. He loved her more than words could say. His cat Cracker was his little buddy, following behind him at all times.  He always put a smile on our faces with his crazy jokes, and how he told stories. His sarcastic and insane humor when he was around, his laugh, and his smile will be etched in our hearts forever. He will be deeply missed by many.

An expression of many thanks to the Matthews Pharmacy family and staff for always taking care of us and making sure we had everything that we needed, even a listening ear. To his oncologist Alfonso Cutugno and his primary care physician Dr. Jagruti Gohel we share our appreciation, as well.

A celebration of his life will be held at the Ellenville Assembly of God Church, 67 Canal Street, Ellenville, on July 7, 2018, from 2-4 PM. A short service of prayer will begin at 3:30. Please feel free to dress comfortably, or to even sport your NFL, MLB or NASCAR gear; even if it isn’t his team, he’d sure be happy to have everyone show their love of sports.

In lieu of flowers, contributions can be made to his family for expenses, sent to Carrie-Ann Wood, PO Box 342, Napanoch, NY, 12458.

To order memorial trees or send flowers to the family in memory of James Harold Wood, please visit our flower store.