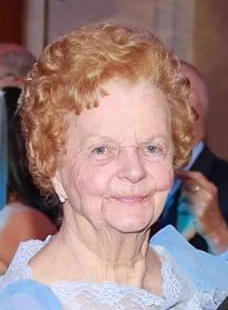 Joan Isabel Donahue Kortright of Napanoch, NY, passed away in the comfort of her home on Tuesday, October 8, 2019. She was 85 years old. Joan was born on October 23, 1933 in Kingston, NY; she was the daughter of the late Gardner and Isabel (Boice) Donahue and was predeceased by her husband Roy “Dutch” Kortright.

Joan had graduated from Ellenville High School “Class of 1952”. She worked for many years at New York Telephone Company. She was a member of the Ellenville Central School Alumni where she was in charge of membership and a member of the Town of Wawarsing Knife Museum. Joan was very active in her community helping raise funds for the 4th of July Parade and the Ellenville Hospital. She was an avid outdoorswoman who enjoyed hunting, fishing and hiking as well as travel. Known as an excellent cook by her family and friends. Joan took great pride in all of her grandchildren’s many accomplishments.

She will be deeply missed and fondly remembered by her daughters, Cindy Kortright Rivera and her husband Chan and Debra Kortright Garzon and her husband Jose; her grandchildren, Brandon, Brent and Brienne Karow and Cory Rivera and his wife Breana; her great-grandchildren, Liam, Reid and Addison Karow and Sadie Rivera; her brother, Bruce Donahue and his wife Sandy and their three sons, Bruce, Paul and Troy and their spouses as well as her brother-in-law, Sherman Kortright and his wife Violet and her sister-in-law, Dot Kortright, several cousins and many nieces and nephews.

Services for Joan will be held privately.

Contributions may be made in Joan’s name to the Ellenville/Warwarsing Alumni Association, P.O. Box 731, Napanoch, NY 12428.

Arrangements are under the guidance of Loucks Funeral Home, 79 North Main Street, Ellenville.

To order memorial trees or send flowers to the family in memory of Joan I. Kortright, please visit our flower store.