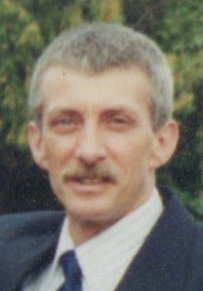 He was the son of the late Mr. and Mrs. Jacob Polick and Tom and Maryann Ryan, on October 17, 1957 in Ellenville NY.

John was a hardworking man, an engineer both by trade and by heart. He was passionate about hunting and fishing; spending the seasons with his brothers, sons and friends. He was a collector of things to fix and tinker with. He spent hours on the phone with Elaine to make up for the time they spent apart. “Yes, dear.” John would give you the shirt off his back and lived for his sons, grandchildren and family. He touched a million lives and gave so much too so many people. He was truly a great person.

He is survived by his son Jacob and Jenna Polick, his son Eric and his girlfriend Karen, his grandchildren Jayden, Jocelyn and Jace, his fiancé Elaine Cartwright and her son Jason, his sisters Donna Conkiln, Mary Polick, Patty Vanslyke, Cathy (Kate) and Mike Molloy, Evelyn and Howard Northrop, Virginia Buley-Becerril and Tom, his brother Frank Polick and many beloved nieces, nephews and friends. He was predeceased by his brother Paul Polick.

Donations in John’s name can be made to Cancer Treatment Centers of America 1331 E Wyoming Ave, Philadelphia, PA 19124.

To order memorial trees or send flowers to the family in memory of John E. Polick, please visit our flower store.