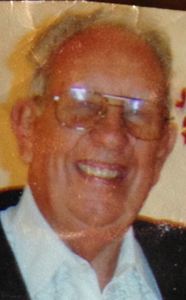 Kenneth P. Hornbeck, Jr. of Port Charlotte, FL and formerly Ellenville, NY passed away on Saturday, October 12, 2013. He was 84 years old. Kenneth was born on June 29, 1929 in Albany, NY; he was the son of Kenneth and Marion (Hewitte) Hornbeck and the widow of his beloved wife Margery.

In addition to his wife, Margery, Kenneth was predeceased by his son, Kenneth C. Hornbeck; his daughter-in-law, Cherilyn Yachnowitz; his sister, Harriet Reeves; his grandson Peter Hornbeck and his grandson-in-law David Carlson.

Mr. Hornbeck was a Shipping and Receiving Manager for Channel Master and VAW in Ellenville for a combined forty five years. During this time he also worked as a cashier at the Monticello Race Track always working two jobs to provide for his growing family. A favorite past time for Kenneth was taking photographs. He also enjoyed gardening and spending time with his family and friends.

Kenneth was a member of the Ellenville Noonday Club, the Wawarsing Rod and Gun Club and the Ellenville First Aid Squad. He was the past president of the Cape Pond Association, a member and officer at the Ellenville Reformed Church and a former Boy Scout leader.

Mr. Hornbeck along with his wife Margery moved to St. Augustine in 1985 and later settled in Port Charlotte where they were members of the Port Charlotte Yacht Club and the Elks. They spent their time going to the beach, camping and traveling with family and friends.

Memorial visitation will be held on Tuesday, October 15th from 2-4 and 7-9 pm at Loucks Funeral Home, 79 N. Main St., Ellenville with a celebration of his life beginning at 8:30pm.

Contributions may be made in Kenneth’s name to the Alzheimer’s Association, 2 Little Jefferson St.
Poughkeepsie or the Ellenville Reformed Church, 188 Canal St., Ellenville, NY 12428.

To order memorial trees or send flowers to the family in memory of Kenneth P. Hornbeck, Jr., please visit our flower store.