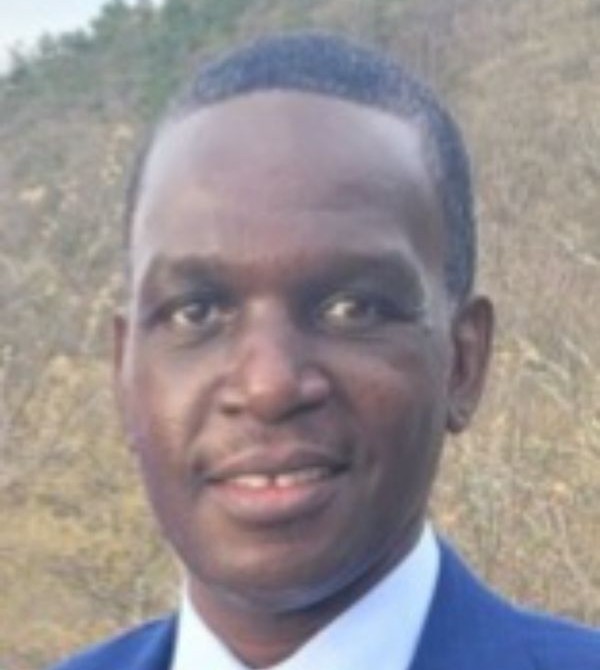 Nicos Linden Benjamin of Ellenville, New York, USA and formally of Tucville, Georgetown, Guyana.  Passed peacefully from this life into the loving arms of his Lord and Savior Jesus Christ, surrounded by his wife and children on Thursday morning, August 4, 2022.  He was 49 years old.

Nicos was born on November 18, 1972, he was the son of Rollingston Linden Benjamin and Volda Cozier-Duke Benjamin.

Nicos invited God into his life and was baptized 2003 at Church Avenue Church of God of Prophecy in Brooklyn NY by Bishop CJ Walters.

Nicos worked at Mt. Sinai Hospital as an Information Technology Project Manager for last 17 years.  Before that working at Lenox Hill Hospital as Materials Manager and prior to that an EMT for Transcare company in Brooklyn NY.

Nicos has excelled at all he has put his hands to do, impacting the lives of so many in a positive and loving way.

He married Keisha Daley in 2001, this union brought forth 3 children Nicholas, Amelia and Hailee Benjamin.  As a family they moved to Ellenville NY in 2010 to raise their family and became members of the New Testament Church of Jesus Christ under the Spiritual leadership of Apostle Raymond and Pastor Denise Younger.

Nicos was a proud and knowledgeable man who turned his house into a home. Whether he was taking on small projects, engineering and building stairs on the property, building foundations for the shed, rewiring, cutting down trees or just gardening. He did it to the best of his ability. He never saw someone in need, and didn't stop to help, he was a servant of God everywhere he went.

Nicos had a great sense of humor and his laughter could fill a room. He enjoyed spending time with his family and friends. He will be forever missed.

Visiting will be held at Loucks Funeral Home, Ellenville on Friday, August 19th from 7:00 pm – 9:00 pm with a zoom service in celebration of Nicos life being offered by Bishop CJ Walters of the Church Avenue Church of God of Prophecy in Brooklyn NY.

A second viewing will be held on Saturday, August 20th from 11:00 am – 1:00 pm with a service in celebration of Nicos life immediately following at the New Testament Church of Jesus Christ offered by Apostle Raymond and Pastor Denise Younger.

To order memorial trees or send flowers to the family in memory of Nicos Linden Benjamin, please visit our flower store.

Zoom service to be held during this time with Church Avenue Church of God of Prophecy in Brooklyn NY by Bishop CJ Walters.&#160;&#160;