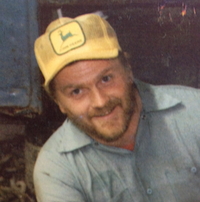 Mr. McCombs attended the New England Boiler Technical School where he earned his plumbing license. He was the owner and operator of Paul McCombs Plumbing and Heating, but was known as a jack of all trades. Paul was the go to guy when you needed something fixed.

Paul was an avid hunter and NRA member. He was the past president of the Tuthill Ridge Rod and Gun Club.

Paul is survived by his daughter Heather Maguire and her husband John and his son Paul J. McCombs, Jr., his brother, George McCombs; his grandsons, Brendon McCombs and Gavin J. Maguire; his nephews, Eric and Keith McCombs and his loyal German Shepard and right hand man Pup Pup.

Memorial visitation will be held on Wednesday, July 10th from 4-6 pm with a service immediately following at 6pm at Loucks Funeral Home, 79 N. Main St., Ellenville.

Contributions may be made in Paul’s name to the City of Newburgh K-9 Assosiation c/o P.O. Box 32 Cragsmoor, NY 12420.

To order memorial trees or send flowers to the family in memory of Paul Wayne McCombs, please visit our flower store.