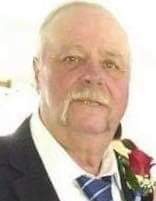 Paul J. North a lifelong resident of Ellenville, NY, passed away in the comfort of his home on Friday, October 4, 2019. He was 66 years old. Paul was born on July 31, 1953 in the Veterans Memorial Hospital in Ellenville; he was the son of Grace Louise North and the late Alfred Roscoe North.

Paul was an associate member of the Pioneer Engine Company and a member of the 1718 Leurenkill Heights Firemen’s Camp where he was also the caretaker. Paul had worked as a groundskeeper for Honor’s Haven. This is where he took up his love for golfing. He also enjoyed hunting and getting together with his family and friends. Paul was a loving father, son, brother, grandfather, uncle, and friend who will be deeply missed by all who knew and loved him.

A family statement reads: “While our hearts break, our tears shed. May our father have you under his wing, with all the love heaven can give. In the name of our father and son.”

Besides his father Alfred, Paul was predeceased by his siblings, Alfred North Jr., Victoria North and Dawn Foss.

Memorial Visitation will be held from 7pm - 9pm on Friday, October 11th at Loucks Funeral Home, 79 North Main Street, Ellenville. A graveside service is scheduled for Saturday, October 12th at 10:00 am at Fairview Cemetery, Stone Ridge.

To order memorial trees or send flowers to the family in memory of Paul J. North, please visit our flower store.