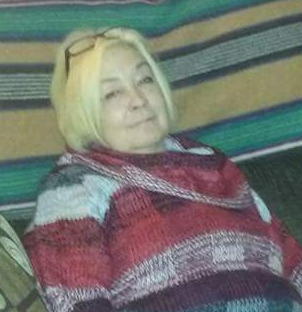 Peggy Sue Carlson LeBarron of Ellenville, NY passed away on Saturday, April 7, 2018 at Orange Regional Medical Center. She was 57 years old. Peggy was born on December 26, 1960 in Kingston, NY; she was the daughter of Alvin and Virginia (VanEtten) Carlson.

Peggy graduated from Ellenville High School in 1979. She continued her education at Ulster Community College where she was accepted into the nursing program. Peggy worked as a Registered Nurse at Benedictine Hospital and Ellenville Regional Hospital. She was the former director of nursing at The North East Center for Special Care and more recently worked with Always There Home Care. Peggy was a member of the Ulster Heights United Methodist Church. She enjoyed crocheting, baking and spending time with her family. She will be deeply missed by all who knew and loved her.

In addition to her parents, Peggy is survived by her children, Melissa Wood of Pine Bush, Christopher Wood of Middletown and Michael Wood of New Paltz; her brothers, Richard Carlson of Ellenville, David Bartee and his wife Kelly of Fort Worth, TX and Donald Martini and his wife Dawn of Napanoch; her sister, Patricia Mulholland and her husband Mark of Bluffton, SC; eleven grandchildren, Corey, Taylor, Emily, Hailey, Daron, Aria, Andrew, Lily, Anthony, Austin and Aubree and her aunt and uncle Barbara and Billy Wells.

Visiting will be held on Wednesday, April 11th from 5 to 7 p.m with a celebration of her life beginning that evening at 6:30 p.m. at Loucks Funeral Home, 79 N. Main St., Ellenville. Cremation will be private.

To order memorial trees or send flowers to the family in memory of Peggy Sue Carlson LeBarron, please visit our flower store.