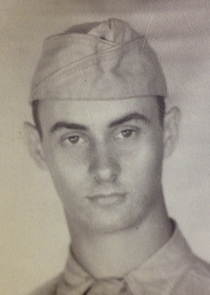 Raymond W. DePuy, “Pops” of Wurstboro, NY, passed away on Saturday, January 25, 2014, at Achieve Nursing and Rehabilitation. He was 86 years old. Raymond was born on April 27, 1927 in Ellenville, NY; he was the son of Andrew and Hulda (Sherman) DePuy.

Mr. DePuy served in the United States Army with the 9th Calvary Reconnaissance Mechanized Troop. Raymond was honorably discharged in 1947 and was awarded the Army of Occupation Medal as well as the WWII Victory Medal.

Raymond had worked for VAW for 30 years while holding a part time position as a custodian for the Ellenville Central Schools. He was a former member of the Pioneer Engine Co. in Ellenville.

A family Statement reads: “Pops was a hardworking man who loved being with his family. We love you and will miss you – R.I.P – Dad.”

Mr. DePuy is survived by his sons, Michael DePuy and his wife Florence of Liberty and Raymond DePuy of Wurtsboro and his fiancé Lorraine DiBella of Ferndale; his daughter, Mary Etta DePuy of Ellenville; his sister; Jane Nasierowski of Cooperstown; his brother, Francis DePuy of Maryland; his grandchildren, Robert Avery, Ryan, Victoria and Dakota DePuy; his great grandchildren; Alexander and Ashton.

Raymond was predeceased by his first wife Ruth and his second wife Lillian as well as his brother Ernie and his sister Violet.

Visitation will be held on Friday January 31st from 7 to 9pm and Saturday February 1st from 10am to 12pm with a celebration of his life immediately following at Loucks Funeral Home, 79 N. Main St., Ellenville. Pastor Joanna Andritz will officiate.

Contributions may be made in Raymond’s name to the Alzheimer’s Association, 2 Jefferson Plaza, Suite 103, Poughkeepsie, NY 12601

To order memorial trees or send flowers to the family in memory of Raymond W. DePuy, please visit our flower store.