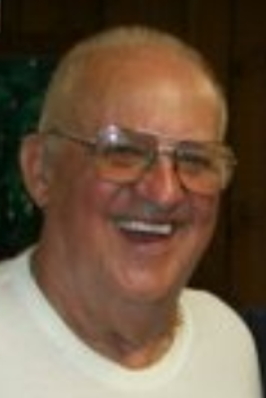 Roger Edward Ryan of Napanoch, NY, passed away on Friday, March 11, 2016 surrounded by his loving family at Albany Medical Center. He was 77 years old. Roger was born on September 16, 1938 in Ellenville, NY; he was the son of Shelton and Julia (Lybolt) Ryan.

Roger retired from the Eastern Correctional Facility in 2003 after working for over 20 years as a Correctional Officer.

He loved meeting the guys for breakfast on Saturdays working in the yard and spending time with his great grand children.

He is predeceased by his wife Janice Ryan; his sons, Michael Forgette and Bob Ryan and one brother.

Roger is survived by his granddaughter, Stephanie Mendez, whom he considered his daughter and her husband Angel; his daughter, Terri Forgette; his sons, Bill Ryan and his wife Louise and Todd Ryan; his great grandchildren, Anthony, Jonathon and Jayden Mendez and Olivia Richmond. Also surviving are his four siblings, several grandchildren, nieces, nephews, extended family members and friends.

A graveside service will be held on Saturday, March 19th at 12 PM at Fantinekill Cemetery.

To order memorial trees or send flowers to the family in memory of Roger E. Ryan, please visit our flower store.