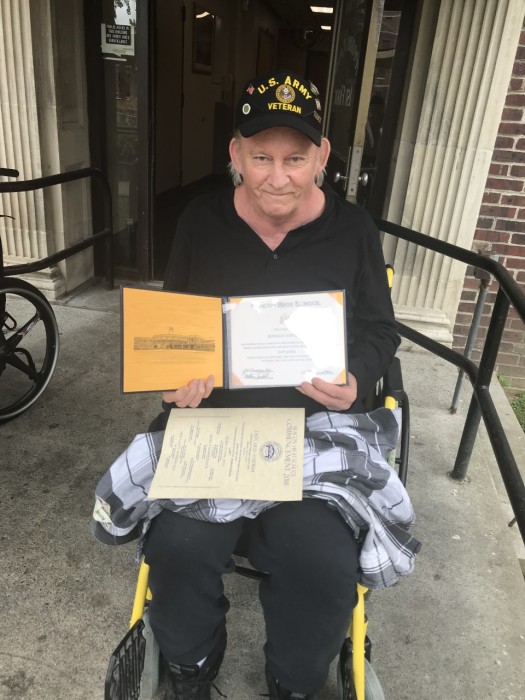 Ronald C. Lovelace Sr., of Liberty, NY passed away on Tuesday, December 31, 2019 at the VA Hudson Valley Health Care System, Montrose Campus. He was 70 years old. Ronald was born on January 21, 1949 in Newburgh, NY; he was the son of the late Howard and the late Nellie (Hall) Lovelace.

Ronald was a veteran of the United States Army. He earned a National Defense Service Medal and a Marksman (Rifle) medal. He was honorably discharged in 1967. Ronald was a horse trainer for over 30 years having worked at the Monticello Raceway and the Meadowlands. Ronald enjoyed playing cards, playing golf, fishing and hunting.

In addition to his parents Ronald was predeceased by his son Ronald C. Lovelace Jr. and his brother Richard Lovelace.

Visiting will be held on Monday, January 13th at Loucks Funeral Home, 79 N. Main St., Ellenville from 2-5 pm. Family remembrances will be shared at 4 pm followed by a military honor guard and flag presentation. Cremation will be private.

To order memorial trees or send flowers to the family in memory of Ronald C. Lovelace Sr., please visit our flower store.