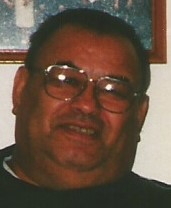 Ronald W. Yerkes of Ellenville, NY, a retired self-employed mason worker and life time area resident, passed away on Tuesday, October 22, 2013 at Albany Medical Center with his family by his side. He was the son of the late Benjamin and Mary (Hull) Yerkes born on March 21, 1936 in Napanoch, NY.
Ronald was quite the handyman, a jack of all trades who loved carpentry and was mechanically inclined.  He enjoyed fishing, hunting, and spending time with his family, especially his grandchildren.  Ronald was always there to help family and friends with handyman projects or whatever else they needed from him. He is survived by his loving wife, Edith Yerkes; his children; Melissa and Ronita Sauers and Ronnett, Allen, Jeffrey, Renaldo, Jonathan, Jerome and Shawn Yerkes and their mother Evelyn. Also surviving are his sister and brothers along with many grandchildren, great grandchildren, great-great grandchildren, nieces and nephews. Ronald was predeceased by his daughter Tanya Sauers, his son Mark Yerkes, three brothers and a sister.

Memorial visitation will be held on Friday, November 1st from 2-4 and 7-9 pm at Loucks Funeral Home, 79 N. Main St., Ellenville. Burial will be private.

To order memorial trees or send flowers to the family in memory of Ronald W. Yerkes, please visit our flower store.