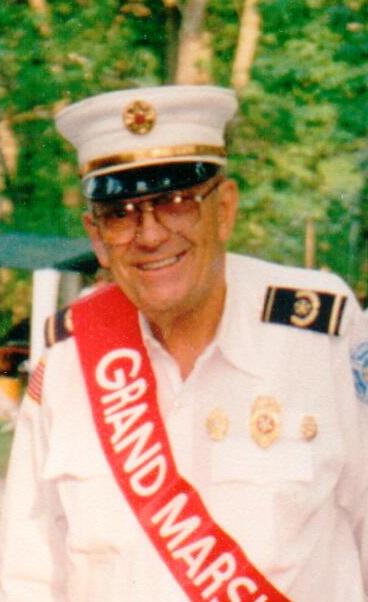 Sherman Robert Curry, “Bob”, of Napanoch, NY passed away unexpectedly on Thursday, January 14, 2016. He was 79 years old. Bob was born on October 13, 1936 in Ellenville; the son of Beatrice (Broas) Brower and Sherman Curry.

Bob was raised by his grandparents Elizabeth and Arthur Broas Sr. He married Mary (Fitzgerald) Curry on January 4, 1975.

Bob was a hard worker and held many jobs through out his lifetime. He was a former security guard at the Ellenville Regional Hospital; he delivered for Meals on Wheels, he had worked for Imperial Schrade for 45 years and most recently mowed the lawns for the Catskill Adventure Resort in Summitville.

Bob was the past chief of the Ellenville Fire Dept and a 51 year member of the Pioneer Engine Co. He enjoyed hunting and camping and spending time with his family.

Bob was predeceased by his children, Robert Charles “Bob’ Curry and Debbie Williams; his grandson, Charles Curry Jr.; his brothers, Clifford and Harold Curry and his nephew Cliff Curry.

Memorial Visitation will be held on Wednesday, January 20th from 2-4 and 7-9 pm at Loucks Funeral Home, 79 N. Main St., Ellenville. A celebration of his life is scheduled for 8pm that evening. All are welcome who wishes to attend Bob’s burial which will be held Saturday, 10am at Fantinekill Cemetery followed by a gathering at Pioneer Engine Co.

Contributions may be made in Bob’s name to the Pioneer Engine Co.

To send a personal condolence or for directions please visit www.loucksfh.com

To order memorial trees or send flowers to the family in memory of Sherman "Bob" R. Curry, please visit our flower store.