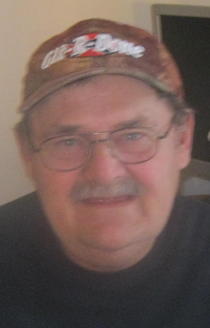 Walter James Green, of Ellenville, NY currently employed by Optimum Windows in Ellenville and formerly employed by Sidoti Produce of Pine Island passed away on Friday, April 10, 2015 at Orange Regional Medical Center. He was 64 years old. Walter was born on April 8, 1951 in Newburgh, NY; he was the son of the late Albert James and Elsie Van Dermuelen Green.

In addition to his parents Walter is predeceased by his in-laws, Margaret and Milton Yereance as well as his brother Charles Green and sister Dorothy Goodfriend.

Survivors include his loving wife, Margaret Ann Yereance Green, his two beloved step daughters, Yolanda Margaret Sulak and Stacey Lee Sulak Cushing and her husband David, four grandchildren, Brittany and Tiffany Tremblay “The Girls”, Alexandra “Peanut” and Carter “Little Man” Cushing. Walter is also survived by his sister Shirley Spignardo and her husband Joseph as well as their sons James and Joseph, his cousins Bill and John Stegenga and his former brother in law Thomas Goodfriend who he considered his true friends.

Walter enjoyed reading, working on cars, NASCAR, local history, but most of all his grandchildren.

Memorial Visitation will be held on Thursday, April 16th from 2-4 and 7-9pm with a  celebration of his life beginning at 8pm at Loucks Funeral Home, 79 N. Main St., Ellenville.

To order memorial trees or send flowers to the family in memory of Walter J. Green, please visit our flower store.