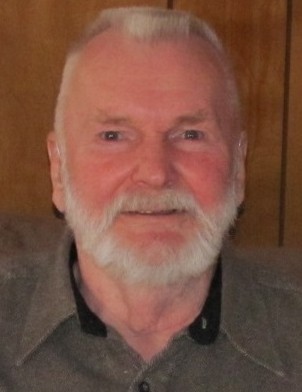 Willard “Bill” E. Smith, a life-long resident of Napanoch, passed away on Friday, January 22, 2016 at Golden Hill Nursing Home in Kingston, NY. He was born on January 19, 1932 in The Veteran’s Memorial Hospital in Ellenville to the late Ernest and Evelyn Smith.

A veteran of the Korean War, Bill served as a tank driver and mechanic for the U.S Army.  After returning home he and his brother Bob owned and operated the Napanoch Service Center (known to most as Smith Brother’s) for over 40 years.  Bill was elected and served as Superintendent of Highways for the Town of Wawarsing for three terms in the 1990’s. He was an avid outdoorsman his entire life.  Bill advocated for sportsmen everywhere as a long time president of the New York State Trappers Association and a member of many sports organizations including the Federated Sports Club of Ulster County and the Ulster County Trappers.   Before and after retirement he spent much of his free time fishing (catching a couple record sized trout in New York State).  As a former high school athlete and baseball and softball enthusiast, he pitched during his time in the Army, was a founding member of the Ellenville Twilight Softball League, a member of the Ellenville Fast Pitch League and a sponsor of Smith Brother’s fast pitch softball team, which attended a number of New York State championships.

He is survived by his Wife Marilyn of Napanoch; brothers Robert “Bob” Smith (and wife Charlotte) of Napanoch and Warren Smith (and wife Patty) of Middletown and sisters Valerie Goetschius of Napanoch and Mary Sayut (and husband Don) of West Hurley; three sons, Mark and his wife Debbie of Napanoch, Keith of Hillsdale and Paul of New York City; grandsons Jesse, Tyler and Bryce and granddaughter Sara of Albany; numerous nieces and nephews and a host of great friends.  He was predeceased by his brother Richard “Richie” Smith and brother-in-law Richard Goetschius of Napanoch.

All of Bill’s family would like to sincerely thank the doctors, nurses, aides and staff at Golden Hill Nursing Home in Kingston for their assistance, understanding and compassion over the past several months.

The family will receive friends from 2:00 pm to 4:00 pm and 7:00 pm to 9:00 pm on Tuesday, January 26 at Loucks Funeral Home 79 North Main Street, Ellenville, NY 12428.  Service will be held at 11:00 am, Wednesday, January 27 at the funeral home officiated by Pastor Michael Sparrow followed by burial at the Fantinekill Cemetery.

Arrangements were under the direction of Loucks Funeral Home for further information please call 845-647-4343 or visit www.loucksfh.com.

To order memorial trees or send flowers to the family in memory of Willard E. Smith, please visit our flower store.