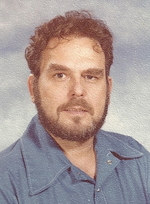 William taught Mathematics for 30 years in the Ellenville Central School System. He was instrumental as president of the Ellenville Teachers’ Association for 15 years where he fought proudly for the rights of teachers. Throughout his career he was a member of NYSUT and the AFT.

William was passionate about opera, chamber music, and symphonies, attending concerts most often in the Albany area. He designed and constructed his family’s house, and enjoyed woodworking, reading, and political discourse. William loved the English language and was emphatic that "zero" should be pronounced as "zero" and not "oh," and thought that one "very" was quite enough (we had to put this in, Dad!).

William is survived by his wife Diana of 56 years; children Douglas, Diana Secor

(Phillip Johnson), Jessica (children Melena and Mira), and Andrew (Enka Sodnom). He is also survived by an aunt (Milena), sisters-in-law (Mary and Jean), and several cousins, nieces, and nephews.

To order memorial trees or send flowers to the family in memory of William J. Lenard, please visit our flower store.